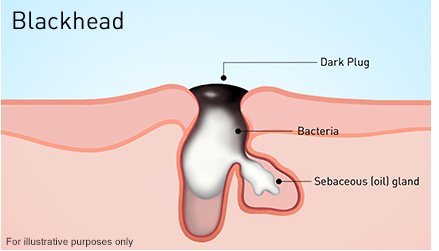 Tired of blackheads and whiteheads? These tiny little dots are annoying to look at. Often times, they look worse than before.  You may feel ugly and worried because it seems that it never goes away.

Although, it can easily be removed, it can be tiring to remove it from time to time. It is also not advisable to prick your nose because it is a delicate area of the face. You need to thoroughly wash your face, and clean your hands first because pricking can cause inflammation if you are not very careful. Pinching and squeezing of blackheads can break the blood vessels on the face which may cause unpleasant scars.

So is there other way of treating black heads and white heads? Is Derma rolling a good alternative option?

How to Deal with Black Heads and White Heads?

Before trying to remove black heads and white heads, it is best to know first why it occurs and what you can do to prevent it from happening.

If you see small bumps on your skin it could be blackheads. It is due to clogged hair follicles. They are called blackheads because the surface of the bump looks black or dark.  Blackheads are mild forms of acne that usually appear on the face.  But it can also appear on the neck, chest, back, shoulders and arms.

According to the American Academy of Dermatology, there are around 40 to 50 million Americans have acne.  It is said to be the most common skin disorder in the US.

If the bump stays closer, it is called whiteheads. If the skin over the bump opens, it will be exposed to air which makes it appear black and so a black head forms. 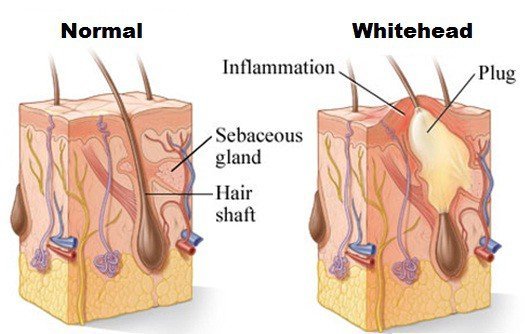 There are many factors why you develop black heads and acne these includes:

You can easily spot blackheads on your skin because of the dark color. It is also slightly raised and painless because it is not inflamed unlike the pimples. But you can form a pimple from blackheads when the bacteria invade the blockage of the hair follicle which causes inflammation and redness.

Dermarolling Keeps Blackheads and Whiteheads away!

There are many treatments to remove blackheads and whiteheads. You can use over-the-counter medications to remove blackheads. These medications are either in gel, cream or pad form which you put directly on your skin.  These drugs contain active ingredients like benzoyl peroxide, resorcinol, and salicylic acid.  It works by killing bacteria and drying the excess oil. By doing so, you will force the skin to shed the dead skin cells.

But there are times when, over-the-counter medicine doesn’t work and you may need stronger medications to remove these tiny bumps in your skin. You may need to use prescription medications containing Vitamin A such as adapalene, tazarotene, and tretinoin. These drugs work by keeping the plugs from forming.  It also helps promote rapid turnover of skin cells. These drugs can be applied directly to the skin.

If things get worse, you may even use medications with antibiotics and benzoyl peroxide. These medications are helpful if you have acne cysts or pimples, aside from blackheads.

There are many other treatments used to remove black heads these include:

Aside from these, a new and emerging treatment modality to remove black head is Derma rolling therapy. Microneedling or derma rolling therapy is a minimally invasive procedure involving controlled and superficial puncturing of the skin using minute fine needles. For just a short span of time, it has become one of the most popular cosmetic procedures because it offers cheap, simple, effective and safe technique.

Originally, it was used for collagen induction therapy for skin rejuvenation and facial scars. Now, it is used for transdermal delivery of vaccines and other therapeutic drugs. It can also be combined with other surgical technique for a more improved outcome.

Dermarolling gained mass popularity because it has been effective in treating various skin conditions such as:

For years, derma rolling is known to be effective in treating acne. Blackheads are mild forms of acne; hence derma rolling would be a very good treatment choice. It helps produce newer and healthy skin cells which will prevent the formation of plugs and clogs.

Derma rolling also helps deliver the therapeutic drugs more effectively, so it can penetrate more deeply into the skin and exert a more favorable response. Medications such as antibiotic, Vitamin A and other serums can easily penetrate the skin through derma rolling.

If you don’t want to have formation of whiteheads and blackheads, you need to use Dermaroller on a regular basis. By doing so, you can help tighten your skin and keep it young as ever.

How to Prevent Blackheads and whiteheads?

To prevent having blackheads, you need to:

How to deal with hyper pigmentation after derma rolling therapy?

Effects of Respiratory Infection in Derma rolling: What to Do if you Catch Common Colds while Having Derma Rolling Therapy?

Is it Safe to Use Derma Rolling for Rosacea? What Dermatologist Have to Say...

Can Derma Rolling Be Used As a Maintenance Treatment? How Long Should It La...
Scroll to top