Do they need other Skin Care Equipment?

Having post acne scars are quite common among teenagers. It is considered as a normal rite of passage from adolescence to adulthood.  Post acne scar is a quite devastating skin condition among teenagers because of its visibility and it usually occurs in this critical stage of social development.

More often than not, teens suffer from lower self-esteem and low self-confidence because post acne scars is a cosmetic problem.  Often times, if it is severe it may cause disfiguring marks. The good thing is, post acne scars are preventable and teens may not need to suffer from this condition if it is treated early on.

In fact, acne is a manageable condition. But if left untreated, it can go beyond teenage years.  Worst, it may cause post acne scarring which may presents as a permanent mark. Thus, there is a need to treat acne early on to prevent advancement of the skin condition.  More so, it will also prevent emotional and physical scarring.

What do you have to know about acne?

Acne is a chronic form of inflammatory skin condition.  It affects almost 85% of teenagers. As a matter of fact, in the United States, almost 20 million teenagers are having acne problems. Roughly, around 30% of teenage acne are expected to progress to adulthood, if left untreated.

Most forms of acne are commonly seen on the face, but it can also be seen in the chest and back area.  Acne is a result of hormonal and genetic events that usually begins in puberty. The changes in the hormonal levels is directly associated with the secondary sexual characteristics among teenagers.

Teens have increase production of oils and sebaceous glands particularly on the face, chest and back areas. For teenagers with genetic predisposition to acne, this may trigger some thickening on the walls of the oil glands which is called follicular hyperkeratosis.  The thickened duct may lead to accumulation of oils and blockage of the ducts. 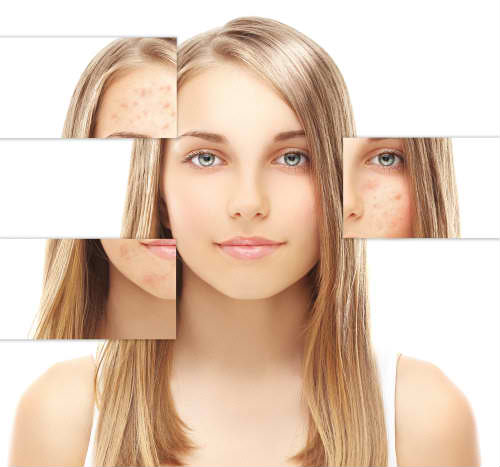 This event may cause the build of oils which are commonly referred to as black heads. This is a very good medium for growth of a bacterium called Corynebacterium acnes which proliferates on the comedones. It also produces free fatty acids which is quite irritating on the skin.

If it is not addressed early on, the lesion may progress and will lead to cystic and pustular skin lesions.  If it ruptures, it may leave a permanent scar. Actually, there is no known cure for acne, but there are many available treatments that can control the progression of the skin problem.

The treatments can delay the sequence of events which will prevent the further advancement of the disease. One of the many treatments available in managing post acne scars is derma rolling therapy.  This procedure is quite popular among teenagers because it is simple to use, affordable, has lesser side-effects and minimal downtime.

How Derma Rolling is used in Post Acne Scarring?

Interestingly, there are many ways on how to use derma rolling therapy to treat post acne scars.  The derma rolling treatment can be a stand-alone procedure or it can be used together with serums and other topical agents for a more effective results.

There are topical comedolytic agents such as adapalene, tretinoin, tazarotene, and azelic acid that are being used to treat follicular hyperkeratosis.  More so, antibacterial agents like benzoylperoxide alone or in combination with other antibiotics such as clindamycin or erythromycin are used as adjuvant treatment to eradicate Corynebacterium.

These comedolytic agents may be used together with skin needling to effectively deliver the topical medications directly into the skin layers.  By penetrating deep into the skin layer, it can exert a more potent and faster effect.

Take note that there is a different management for severe forms of acne. For severe acne cases, topical agents may not be enough.  Hence, oral treatment may be needed for a more systemic effect.  This may already involve hormonal treatment and or use of more potent antibiotics that target systemic effects.

If acne treatment is started late, it may produce permanent scarring. Fortunately, derma rolling therapy can also address this issue. 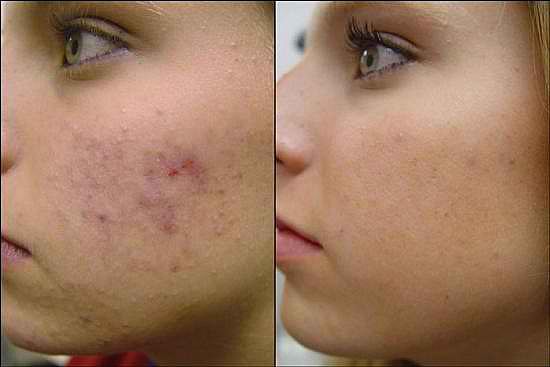 Is there any other Skin Care Equipment Needed to Treat Acne?

Aside from the topical agents and derma rolling therapy, there are many other skin care treatment regimens available to address acne. This may include dermabrasion which is a mechanical sanding of the upper layer of the skin.  Dermabrasion is also an effective treatment to prevent scarring.

In this treatment, the superficial layers of the skin are replaced by a newer skin cells which results from a smoother skin appearance.  Aside from which, laser therapy are also being used to treat acne. There are many other new treatment modalities that are being used for acne.

But the problem is, some of these treatments are quite expensive and has longer down time. Meanwhile, derma rolling therapy is a very good alternative option considering that it is a very simple office-based procedure. It only needs a derma rolling device and the treatment will go on smoothly.

More so, it has lesser side effects and would not cause significant skin damage or abrasion which is commonly seen among other treatment. Other forms of treatment modality have drastic effect wherein it totally exfoliates the entire skin which makes the young teenager skip classes and other activities in school.

Although, the results may be seen after several weeks, the effect is fabulous!  After the derma rolling treatment, the skin is firmer, softer and smoother than before. In fact, you may never distinguish any previous scars or marks in the area.

This is why a lot of teenagers and their parents are choosing derma rolling treatment in managing post acne scars.  Aside from its proven effectiveness, it is affordable, simple and offers permanent results.

How to Do Away with Acne Scars Using Dermarollers?

Skin Thickness and Needling: Is Derma rolling Effective to Reduce Thick Skin on the Elbows and Feet?